The One – First Edition

We take great pleasure in having this opportunity to give you valuable stakeholders of Just the One Foundation this update on the happenings of the organisation. We look forward to giving you regular feedback through this newsletter, we have passionately named ‘The One’ – Stay informed and involved.

To begin, 2016 was a pivotal year for the Just the One Foundation, and one which wouldn’t have been achieved without the effort from our friends and community. We have raised record funds last year and have been recognised as a Non-Profit Organisation (NPO) while also obtaining the ability to issue out Section 18A approval from SARS. Our scholars have continued to excel and the Foundation moves from strength to strength. What a success!

Thank you Mr Justin Else

Before we get into the details of this year we have to say thanks to Justin Else. Justin has stepped down as Chairman of the Foundation this year when he moved to New Zealand. Without the work he has put in, and the arms he has twisted we wouldn’t have reached this point. Justin and his family continue to support the Foundation, and Ryan Dittmann has taken up the reins as Chairman for the next phase of our journey. True to form, next time you have a drink please raise a glass to Justin Else.

Madswimmers splash it for us

A great synergy  begun between Just the One Foundation and Madswimmer. The  Madswimmers are a fantastic organisation that does what it says on the tin: they plan extreme long-distance swims in support of charity. In 2017 they swam from mainland Italy to Monaco, a distance of 25 km, and raised a whopping R110, 000 rand on our behalf. Thanks must go to Megan Harrington Johnson, Kirsten Harris and the whole team for their support and hard work. This is an incredible initiative and one we are grateful to be able to benefit from.

Fundraising for The One

GSA (Gauteng Smoking Aces) held their poker evening on the 19th November and, while no one is going to be going professional anytime soon, they managed to raise R20, 000 for the foundation. A special thanks must go to Andrew Hope-Jones for organizing this awesome day!  Our fundraising also expanded to include the 947 cycle race in Johannesburg for the third year running, with JTOF colours being worn by riders and the charity recognised by the organisers as an official beneficiary – a big step forward. Our cyclists managed to drum up a further R40, 000.

All told, the Foundation has managed to raise roughly R250, 000 through its events. And member donations bring that number closer to R400, 000.  We had a successful Just The Once Classic held at Parys Golf Club; pictures can be seen below. Congratulations to Jacques Van Niekerk (Individual Winner). We thank everyone for the kindness shown in 2016 we hope to beat it this year. 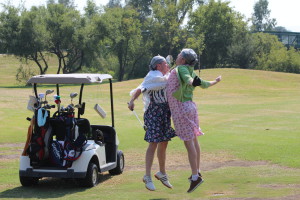 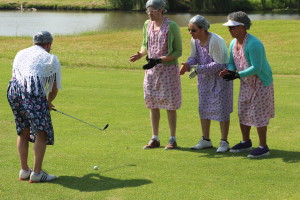 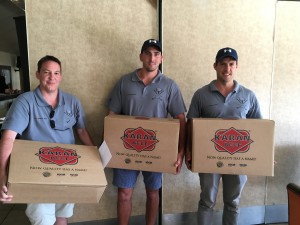 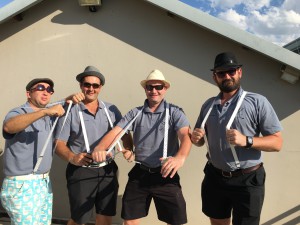 Mentorship for The One

We have also been working with our scholars directly this year, we meet with them most Saturdays to help with school work. We currently supporting five students. This has been a great way to provide more direct care to the kids and to add to their school programmes with outings and personal development opportunities. We’ve been to the OR Tambo airport on the Gautrain and the Sci-Bono Discovery Centre in Newtown. Thank you to our mentorship team headed by Nicole for being such fantastic mentors and friends to the scholars.

The fundraising is nonetheless only half the story. Lungile Mazibuko has been accepted into the Academy programme at St. Johns College, recognising hard work and promise in young scholars. This is a great step for him and a chance to build on the success to date. A great role model to other scholars.

We have also offered to support any scholar currently funded by the Alexandra Education Committee – by adding capacity and effort to develop promising scholars from the Alexandra community.  We have committed to step in should any other students lose their scholarships, thus ensuring continuity in their education and preventing disruption in their lives, as this is our objective as Foundation. In our recent meeting, we actually made a decision to include Rethabile Radise as our new scholar since her funding was not sufficient this academic year. 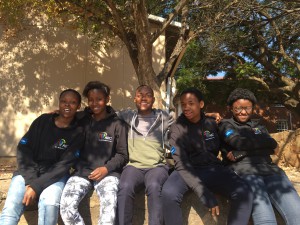 We entered 2017 with vigour and an ambitious light.  As Benjamin Franklin said “an investment in knowledge pays the best interest”.

2017 is shaping up to be another brilliant year. We welcome Sandile Tshabalala to the board. Sandile will be teaming with Nicole on the mentorship program and providing valuable counsel on the next phase of our growth as a Foundation. We are seeing new synergies and have two brand new events lined up this year. Keep a look out for these and remember, whether you are a golfer, cyclist, poker player, swimmer, runner or just someone that wants to make a difference; See you all soon!

Go-karting in the Vaal – Date to be confirmed